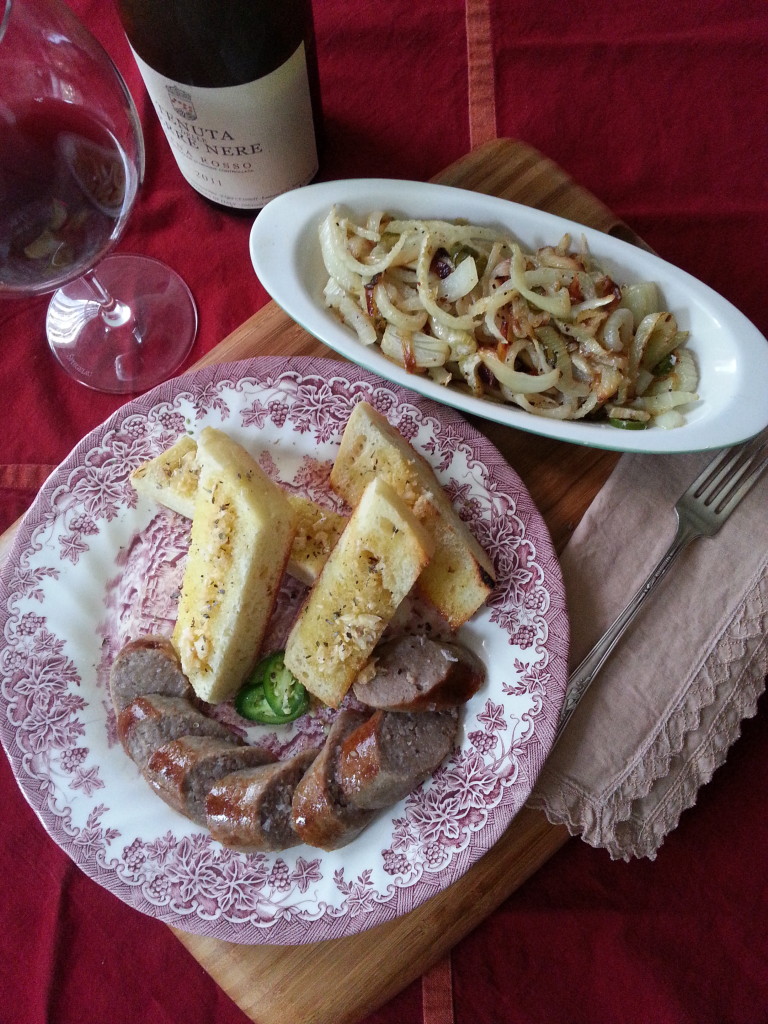 I am lucky to live in a neighborhood that is conscious of quality foods. Prior to The Meat Hook’s opening in November of 2009, I would take the subway to Union Square to purchase meats from Whole Foods. I get criticized on occasion for not buying meat from local supermarket chains and, to be honest, I feel slightly pretentious for not doing so. But when it comes down to it, I ignore the critics and continue to support the shops that are trying to make a difference in how we eat food and treat animals.

Here is a Bratwurst purchased from The Meat Hook. Made fresh daily, their brats are a mixture of pork, cream, eggs, and caraway. I prepared this by first poaching the sausages in a shallow pool of water on high heat in a cast iron skillet. When the water has fully evaporated – which happens rather quickly – I then drizzle some olive oil over the sausages, turn the heat to medium, and let them grill on each side for a few minutes, until browned evenly. I usually cover the brats on the second turn for about 1 1/2 minutes to allow the sausage to steam, thereby cooking it gently inside. Then I uncover to finish grilling. What I love about this method is the sausage doesn’t get overcooked. It browns evenly  outside and stays juicy inside. Serve with caramelized fennel and onion (see recipe below) and end enjoy with warm, buttery garlic bread. Brooklyn, EAT your heart out!

Make sure this account has posts available on instagram.com.